What is it?I want to contribute

Casa Fluminense believes in the importance of individual donations to support actions in its network of partners. In 2014, we raised R$9,720.00 to organize the Public and Citizen Safety course in Baixada Fluminense, a region north of the city of Rio composed of 13 municipalities. In December 2015, we undertook a crowdfunding to start the Fund, which raised R$3,543.27 in only 20 days. Casa Fluminense doubled this value with institutional resources, so that in 2016 the Fund was inaugurated with R$7,086.28 available to be allocated in initiatives promoted by the members of Casa’s network. Seminars, workshops, campaigns, public mobilizations, urban interventions, and other initiatives aimed at giving visibility to public policy proposals on various themes, received R$500.00 each. Casa Fluminense also provided general support to these actions.

Casa Fluminense selects actions that are aligned with its mission and that contribute to expanding the repertoire of the diverse groups and organizations acting in the metropole of Rio. From mobility to safety, from social policies to sustainability, from the participation and transparency in public management to the guarantee of rights in all locations of the metropolitan city: the common denominator of the supported actions is their contribution to the monitoring, formulation, and mobilization surrounding public policies that help to transform Rio into a more just, democratic, and sustainable space.

I want to contribute 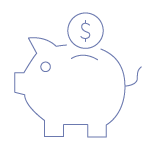 To continue to strengthen citizen action in all of Rio, we need the collaboration of anyone and everyone who wants to see a more just, democratic and sustainable city.

If you can’t participate in on-site projects then you collaborate by donating to the Casa Fluminense Fund. We will connect your desire to get engaged with the concrete demands of activists dispersed throughout the 21 municipalities of the metropolis, providing not only resources, but also technical support, and information to the network.

Only when many citizens work together is it possible to build an autonomous and independent society. Contribute monthly to the Fund or make a one-time donation. 75% of the resources collected will be directed directly to activities in the region. The other 25% will be invested in the regular projects of Casa Fluminense, tools oriented towards mobilizing the network. We hope to count on your support.